Breaking the Trend on Crime

STOCKTON, CA – With the city of Stockton facing high crime rates, the city experienced one district that is breaking the trend.

Miracle Mile Improvement District (MMID) reported on August 3, 2012 that the month of July held a record for lowest security incident reports in the last few years.

Photo of the Miracle Mile in Stockton

Executive Director Denise Jefferson of the MMID said in an email “Could it be that our security operations are working? Let’s hope it is a trend!”

MMID  *oversees 235 organizations and partnered with several of the Miracle Mile Merchants and the University of Pacific to voluntarily fund bike patrols on Harding Way and evening security patrols for restaurants and bars. According to Jefferson “The Miracle Mile Improvement District has a responsibility to provide a safe environment for guests and to support the economic vitality of the district.”

“Recognizing that the City can no longer provide for all the safety and security needs the Mile merchants have stepped up to the plate, along with the University of the Pacific, to implement additional security patrols throughout the district.

The businesses that are participating voluntarily should be commended and awarded by the communities’ patronage for standing up to the criminal element plaguing our city by coming together and joining forces with their neighboring businesses,” added Jefferson.

« Who and Where the DREAMers Are
I Have a Voice: Jose Cuevas » 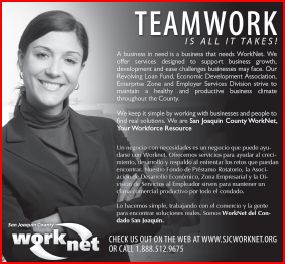